How Can You Tell If Your Home's Plumbing Is Too Old?

You know that your home's plumbing can have problems from time to time, but do you also that pipes and other plumbing fixtures eventually wear out? Your plumbing might be one of the most durable aspects of your house, but it won't last forever. All materials ultimately fail, including newer options such as PVC or cross-linked polyethylene (PEX).

When your plumbing begins to age, you're more likely to experience costly repair issues. Given enough time, the effort and expense involved in fixing these issues will exceed the cost of wholesale plumbing replacement. If your home is more than a couple of decades old, keep an eye out for these three warning signs that you might be dealing with plumbing well past its prime.

Pinhole leaks are an unfortunate feature of copper piping. These leaks occur when the pipe corrodes due to age or problematic water conditions, allowing water to work its way through weak points slowly. You'll know you have these leaks by their characteristic high-velocity spray. Since pinhole leaks are so small, they tend to release intense streams of water that sometimes look like jets or misting.

If you have a pinhole leak in one location, there's a good chance your pipes are corroding elsewhere, as well. A plumber can use an inspection camera to determine the extent of the problem, but you should expect to replace multiple sections of affected piping. In many cases, you'll continue to experience these leaks until you replace all of your aging pipes.

PVC is a surprisingly durable material, but it's potentially vulnerable to shifts in temperature. Low temperatures can cause PVC pipes to become brittle, eventually leading to cracks and leaks. However, unlike copper, PVC usually doesn't fail from age alone. Instead, improper usage, temperature variations, or stress result in PVC pipes weakening over time.

If you have multiple cracks or leaks in your PVC pipe, you may need a professional to scrutinize your home's plumbing. Common issues include uninsulated pipes or pipes that run through areas exposed to excessive UV radiation. In many cases, the best option may be to replace these pipes and address the underlying issue to avoid potentially catastrophic failures.

If your sewer pipes keep backing up, they may be degrading and in need of replacement. Old sewer pipes can rot, become infested with tree roots, or even collapse entirely. Although clearing the immediate clog might temporarily solve the problem, you'll often need to consider pipe replacement or trenchless repair to address the issue permanently.

Replacing old plumbing isn't fun or cheap, but it's critical to avoid failures and potential water damage. If your home experiences any of the signs of aging plumbing, you should contact a plumber to determine if you can benefit from replacing your old pipes. 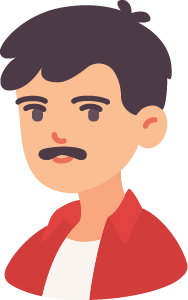